We round up the latest Liverpool news and transfer rumours on Monday, following the 2-0 win over Fulham at Anfield.

Mohamed Salah will only play once during the international break, with Egypt’s clash with United Arab Emirates (UAE) postponed until March.

The friendly was scheduled for November 20, but a report in KingFut states:

“Due to Al Ahly’s match in Dubai on the 22nd of November against Al Wasl for the return leg of the round of 16 of the Arab Club Championship, and the return of a number of the team’s foreign-based players to their clubs on the 21st of November, it will be hard to play the match on the previously agreed on date.”

That can only bode well for Liverpool, with Salah likely to return to Melwood early and be in good condition for the trip to Watford on November 24.

Herbie Kane is enjoying an outstanding loan spell with Doncaster Rovers this season and he scored twice in Sunday’s 2-2 draw with Chorley in the FA Cup—his first-ever senior career goals.

Speaking after the game, Doncaster boss Grant McCann heaped praise on the Liverpool midfielder, with his new-found goalscoring knack coming to the fore:

“We had a chat with Herbie during the week about picking the ball up in more dangerous areas.

“Someone of Herbie Kane’s quality you want in and around the box. His first goal he got in the box and scored. His second was just outstanding to come inside and whip the ball into the top corner.

It’s great to see Kane doing so well away from Liverpool, joining the likes of Harry Wilson and Ryan Kent in enjoying productive loan spells this season.

Besiktas president Fikret Orman has told Harberle that he hopes to sign Loris Karius on a permanent deal, laughing off rumours suggesting he would return to Liverpool early.

“Karius is an excellent keeper, God willing we will sign him on a permanent transfer.

“These stories are complete nonsense.

“Give Karius some time is all I’m saying. Karius has a lot of work to do but give him time.”

Should Orman get his wish, Besiktas would have to pay at least £7.25million for the goalkeeper, should an appearance criteria be met and European qualification be achieved. 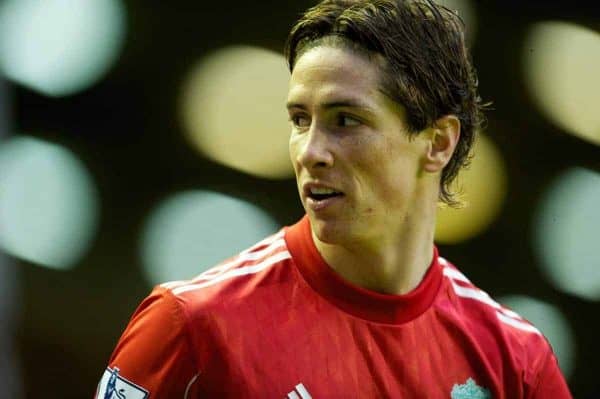 In an interview with Sky Sports, Fernando Torres says he hopes Liverpool win the Premier League this season, although his fondness for Chelsea was also on show.

“I want both of them to win every game and when they play each other I won’t watch the game,” Torres said.

“I have feelings for both of them. Liverpool was the best time in my career; I love the city, the supporters and the club.

“I am still in touch with the staff though so I wish them all the best. I know how important it is for Liverpool to win the Premier League.

“Hopefully they can win the Premier League and Chelsea can win it the year after.”

Torres remains a villain in the eyes of many Reds supporters after trading Liverpool for Chelsea in 2011—maybe this will help turn the tide a little (or not!).