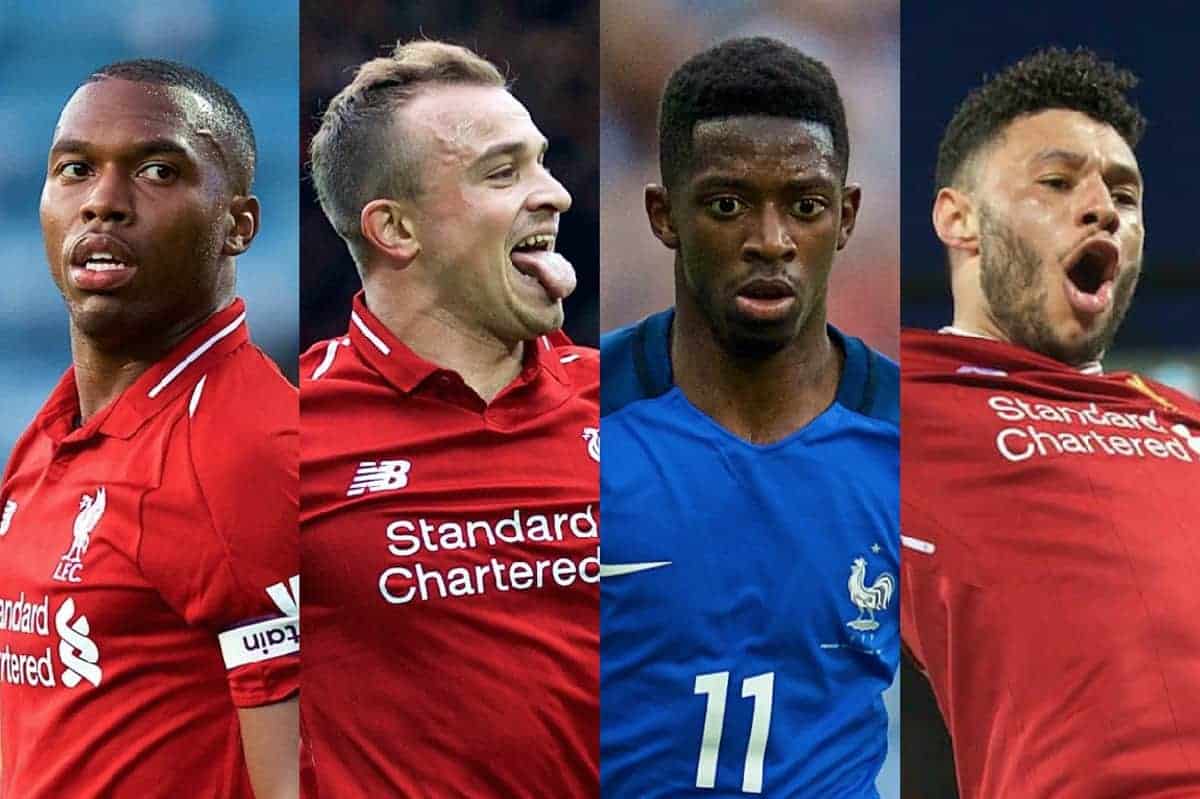 We round up the latest Liverpool news and transfer rumours on Tuesday, as the boredom of another international break kicks in.

Daniel Sturridge finds himself in potentially hot water, with the striker charged with misconduct over alleged breaches of the FA’s betting rules on Monday.

The Liverpool Echo claim that the bets in question surround his loan move to West Brom in January, where the 29-year-old made just six appearances before returning to Liverpool in the summer.

Bizarrely, though, the Telegraph explain that the bet in question actually saw a man from the Midlands place a five-figure sum on Sturridge joining Inter Milan.

It’s also said that “there is no suggestion that Sturridge was involved.” We’re not quite sure how the player has been charged then without any proof against him.

Depending on how serious the breach is, Sturridge risks either a big fine or a ban.

After his goal in Sunday’s 2-0 win over Fulham, Xherdan Shaqiri has had a hand in six goals in eight Premier League games for Liverpool.

When asked by LiverpoolFC.com whether the Swiss had lived up to expectations at Anfield since he arrived, Jurgen Klopp was emphatic in his answer:

“He’s just a fantastic boy on top, that’s really good, and he knows that he has so much potential still to improve.

“But of course he’s the guy for decisive moments, that’s how it is, and we have to make sure that it stays like this.

“Another really good performance and a fantastic goal on top, so it’s really cool.”

Shaqiri has been one of Liverpool’s brightest sparks this season, playing in a positive manner whenever he has taken to the field.

To sign him for just £13.75 million from Stoke City is a steal, considering his quality and pedigree.

Liverpool are one of a host of clubs linked with signing Barcelona’s Ousmane Dembele, with the young Frenchman falling out of favour at Camp Nou.

Dembele’s agent, Moussa Sissoko, has been quick to play down these rumours, however, saying his client is going nowhere.

“There is no doubt about his future, at all, Ousmane continues to work, he is in a big club and [Ernesto] Valverde loves him, and he is also in the national team and [Didier] Deschamps continues to trust him,” Sissoko told RMC Sport.

“If he is with France today it is because he deserves it, I also spoke with Eric Abidal and he told me that he is very happy with him, that he is training very well.”

This could remain one to watch, however, with first-team chances tough to come by for Dembele in a team containing Lionel Messi, Luis Suarez and Philippe Coutinho among others.

It was a productive night for Liverpool at the 2018 Northwest Football Awards on Monday, with five awards won in total.

Meanwhile, injury-hit Alex Oxlade-Chamberlain was awarded Goal of the Season for his Champions League strike against Man City at Anfield.

Finally, the club won Best Club Marketing, Sponsorship or Engagement Campaign for this excellent video with Salah from March.