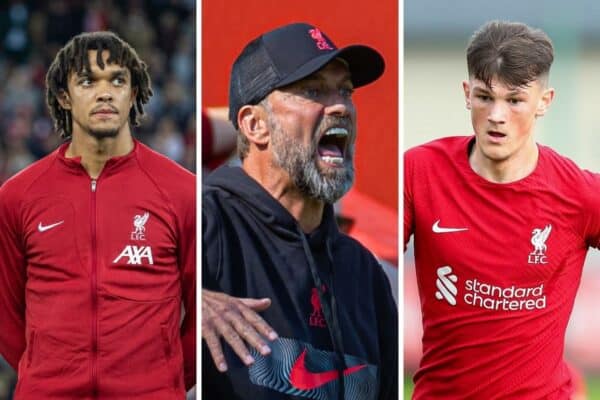 Liverpool are in preparation mode with a trip to Ajax on the horizon but before then, Virgil van Dijk has touched on Jurgen Klopp‘s shouts and festive fixtures have been confirmed.

Well, the manager has had plenty to be irate about so far this season and he’s not one to hold back on the touchline, as we’ve already seen through the form of an FA charge.

And it’s the same in the inner sanctum, with Klopp certainly not one to hide his emotions in front of his players, who he has long said he likes to be their friend but not their best friend.

Van Dijk, speaking to Gary Neville on the Overlap, discussed Klopp being one to shout and how the Dutchman “enjoys” it – but perhaps not on the opening day at Fulham!

“Plenty of times [Klopp shouts at me]. Not in my face, I feel screaming in someone’s face could be a bit a little bit disrespectful,” Van Dijk said.

“But when it’s needed, he will definitely do it. He shouts a lot.

“The thing is, I like it because someone does that because they really care about you, or the situation and wants to make sure it improves.

“I really enjoy that as well, in a certain way, and it helps me personally too.

“I know he was shouting from the side so I wasn’t looking at him because I knew for a fact he was going to go after me.”

Doubt he was the only one attracting the manager’s attention that afternoon!

This was pure class from Danny Ings.

Riley Regan, who attends the @AVFCFoundation’s Ability Counts disability football sessions, walked out with @IngsDanny this afternoon and the striker joined his mascot in wearing headphones to block out the noise. ?#AVLBRE pic.twitter.com/FT7zedLgr3

It’s Monday and that makes for Monday Night Football, this time it is West Ham vs. Bournemouth – who sit 17th and 13th in the table respectively.