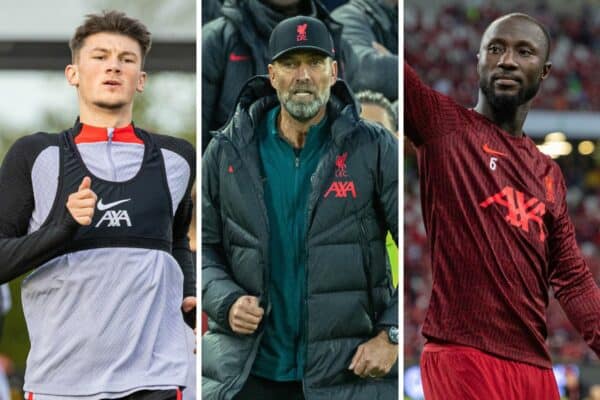 After being sent off in Liverpool’s victory over Man City, Jurgen Klopp has now been charged by the FA, after the boss delivered an extensive injury update on Tuesday.

In his pre-West Ham press conference on Tuesday, the Liverpool boss said he expected to be in the dugout at Anfield on Wednesday, and was yet to hear anything relating to a possible charge from the FA.

However, later this afternoon, the FA went on to announce that Klopp had been charged “with a breach of FA Rule E3” following his behaviour in the 86th minute against City, which led to his sending off.

He has until Friday to respond, which means he will be allowed to oversee the West Ham game from the sidelines, but there is a chance he may be in the stands for Saturday’s trip to Nottingham Forest.

The standard charge is likely to see Klopp asked to accept a one-match ban and a fine.

Speaking to reporters earlier today, he revealed he spoke to referee Anthony Taylor “completely calmly” in the aftermath of the City game.

“I was sitting after the game in the office of Anthony Taylor and spoke about it completely calm, about all the situations, how he saw the game and how I saw the game.

“It was a completely calm discussion.

“But, anyway, that’s the situation. I got a red card and now we wait for the process, pretty much.”

After such a good night at Anfield mine ended in the worst way ! In the last minute one of my dreams collapsed ?
I will be one more supporting from the outside, club and country, and fighting to be back as soon as possible ?
You'll Never Walk Alone pic.twitter.com/gKssZSnLZ1

Liverpool under-21’s are in action against Accrington Stanley in the EFL Trophy.

Back at Anfield for another big game tomorrow!