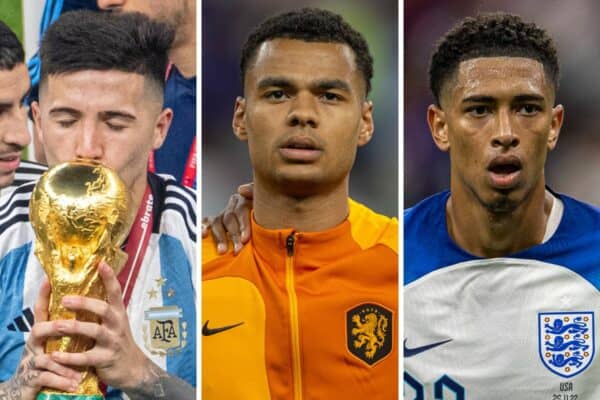 The day after what was a hugely eventful Boxing Day for Liverpool, more details of the Reds’ move for Cody Gakpo have emerged, and some fans are hoping there could be more new signings to follow.

Well then, as Boxing Days go, that one wasn’t too bad for the Reds, was it?

Shortly after an impressive 3-1 win at Aston Villa, PSV announced that Cody Gakpo was on his way to Anfield.

The Netherlands forward is expected to undergo a medical in the coming days, with most reports stating Liverpool will pay around £44 million.

There’s been no official word from Liverpool yet, and that may not come until the medical and other formalities are all boxed off.

According to The Athletic‘s David Ornstein, Gakpo’s contract will run for five-and-a-half years, taking him to 2028.

Many expected United to be his next destination, with several journalists who report on the Red Devils now, of course, claiming that Gakpo was never a “serious target” for Erik ten Hag.

Reports in the Netherlands state Gakpo is already on his way to Merseyside for a medical.

A deal 3 weeks in the making

Gakpo done, Enzo or Bellingham next?!

The festive football continues with Chelsea vs Bournemouth and Man United vs Nottingham Forest tonight.

Enjoy, Reds, and keep your eyes peeled on This Is Anfield for any Gakpo developments!