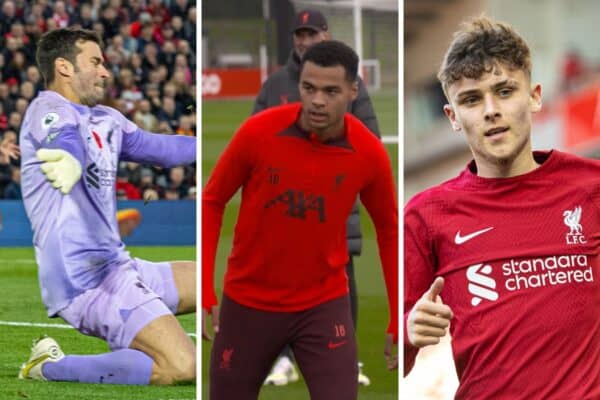 Liverpool’s preparations for the visit of Wolves on Saturday have begun and Cody Gakpo is in the mix, but three other Reds were not in the main session at the AXA Training Centre.

Gakpo trains, but doubts over 3 Reds

The Reds are back in action on Saturday in the FA Cup, a chance to put the defeat at Brentford behind them and push on in their defence of the title.

Gakpo trained alongside his new teammates on Thursday and will be in contention to take part in the match after the paperwork for his move officially went through on Tuesday.

Jordan Henderson, Calvin Ramsay and Curtis Jones will also hope to have a big role to play, all present and accounted for at Kirkby, with the captain able to return following concussion protocol.

There was no sighting of Naby Keita, James Milner or Roberto Firmino, the latter two are expected to return imminently after injury but they have yet to rejoin team training.

Keita, meanwhile, played 45 minutes at Brentford and it could simply be a case of him taking part in individual training elsewhere – let’s just hope it’s not down to another injury!

Virgil van Dijk was, of course, absent after his hamstring injury and joins Diogo Jota, Luis Diaz and Arthur on the sidelines.

And if you’ve seen any suggestions of Joel Matip being the latest to succumb to injury, don’t fear as the centre-back was involved in the session.

Clark to Preston? “Don’t know where that came from”

Ex-Red shields referee from own players

Elsewhere in the Premier League today…

Take a look at this, plus the match of the night

Yes, look at ex-Red Taiwo Awoniyi but more pertinently, just look at where Darwin Nunez sits – once he finds his goalscoring boots we’re in for an even crazier ride.

Tonight it’s Chelsea vs. Man City in the Premier League, with kickoff at 8pm (UK). Are we now at the stage where we want City to win so Chelsea are not level on points with Liverpool? Sigh. 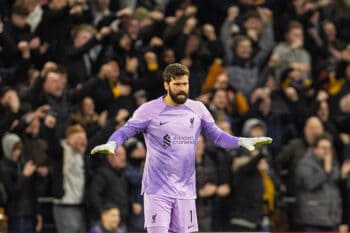 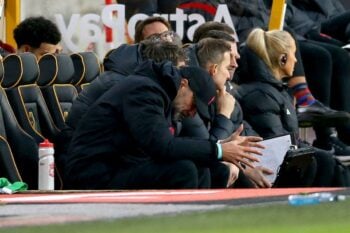 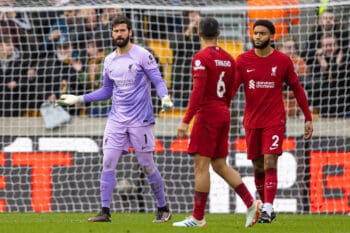 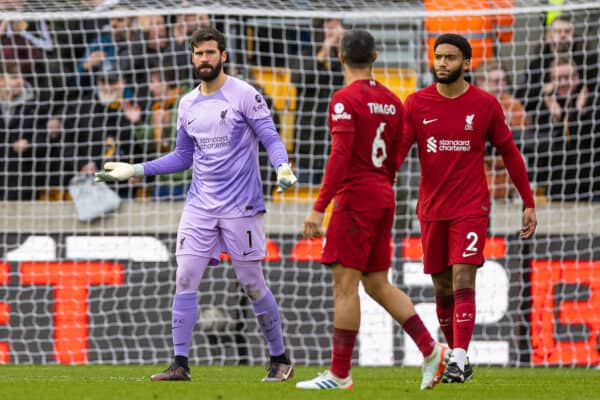 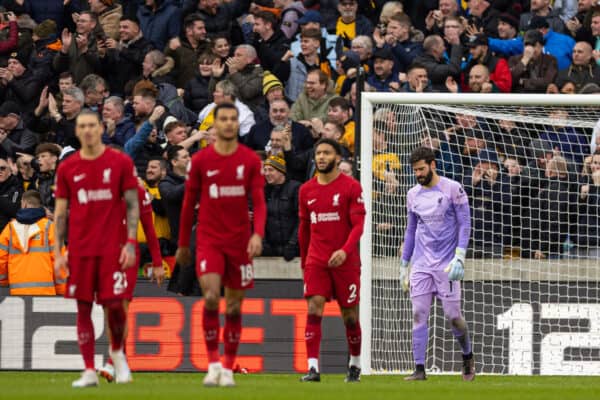