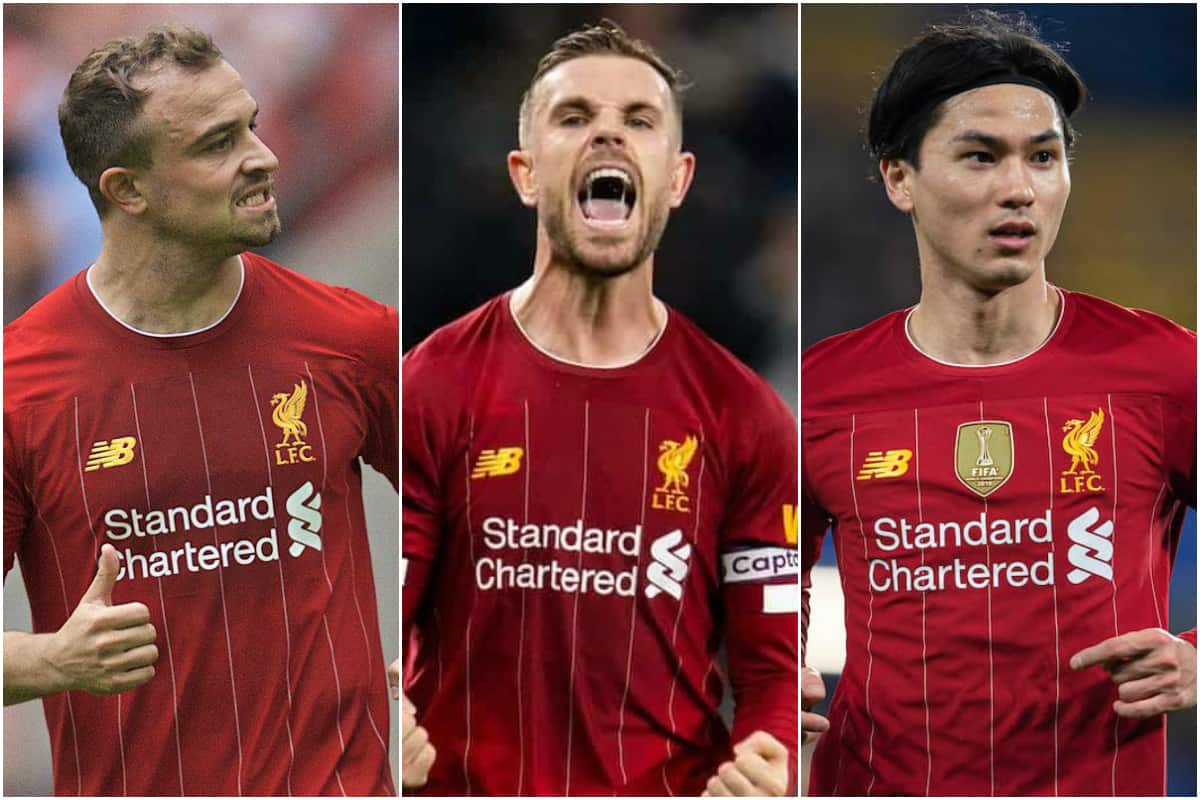 Liverpool will be back in almost-full-swing at Melwood soon enough, as the restart draws closer…and so too do potential exits for a pair of seniors.

Full-contact training to resume this week

The top-flight clubs in England have unanimously agreed to resume full-contact training as of this week.

Despite concerns in some areas about the safety protocols in place, it’s great to see full backing from the clubs that they feel this particular area has had every box checked to protect players and coaches, as the Premier League inches toward a return.

There is a report suggesting some clubs will look to return to 11-on-11 training by the end of the week, while the Reds will probably start building up larger groups as we progress throug the week.

Social distancing measures will still be expected to be followed outside of the actual training sessions, while players are still being tested and training grounds remain subject to strict health protocols.

It has been suspected for some time that Adam Lallana would be leaving this summer, given the experienced midfielder is out of contract and plays an increasingly peripheral role in the team.

Although an early favourite of Jurgen Klopp, new signings and plenty of injuries have seen him left behind in terms of importance to the team.

Lallana has plenty of teams interested in his services: Arsenal, Spurs, Leicester, West Ham and Burnley are all hopeful of sealing the deal, according to reports.

Meanwhile, Xherdan Shaqiri‘s injury issues have meant he has played far less than would normally be the case—and Newcastle’s impending takeover means he’s the big-name target they’ll look to as a statement signing.

The Reds wanted at least £25m for him pre-pandemic, so we’ll wait and see if the changing football economics lowers that…or if Newcastle’s soon-to-be-new-found riches tips the scales the other way.

Should Salzburg be our unofficial feeder team?!

Yes, yes, they already have Leipzig as their “next step” club—but it’s hard to ignore the similarities and the suitabilities between Reds and the Austrian RB!

Premier League clubs will meet on Thursday morning and a potential vote could see the date set for when games return.

Italy are set to make the decision on whether Serie A is to return today, though at the time of writing there is no official outcome.

The league’s teams have, however, demanded a final payment from TV broadcasters—hinting that they’re determined to give the product being paid for. 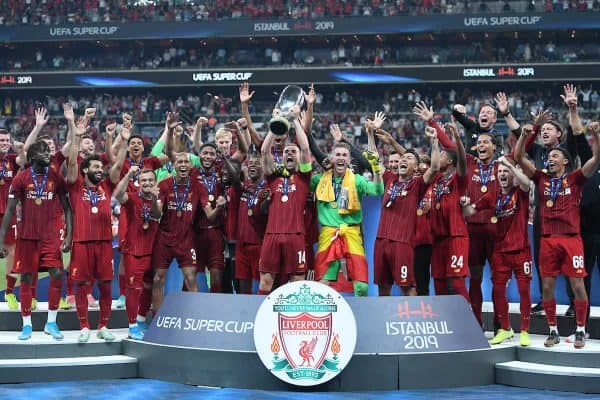 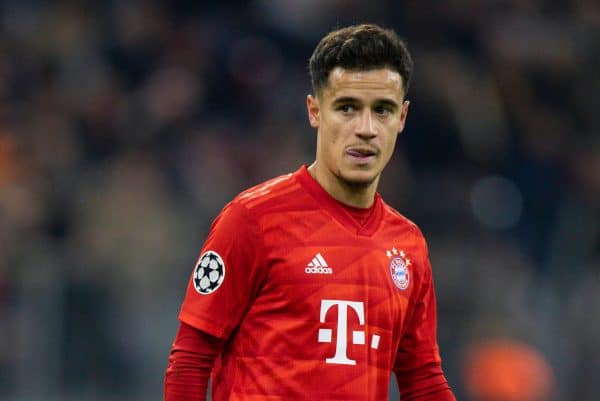 Stupid rumours of the month

Good to see it’s not just us getting a bit exasperated with the nonsense rumours being dredged up. Here’s Planet Football with the top six, yes six, players linked with the Reds…just during the lockdown!

You know you want to!

This brilliant story behind the man who makes some of the most famous banners on the Kop, right here on This Is Anfield.

And in the Guardian‘s “my favourite game” series, Richard Preston details his view of the Reds’ annihilation of Man United at Old Trafford, where Torres and Gerrard ran riot.

Bundesliga again: Leipzig v Hertha at 5:30pm (or Timo vs Grujic if you prefer) and Hoffenheim v Koln at 7:30. Will away wins continue to rule?