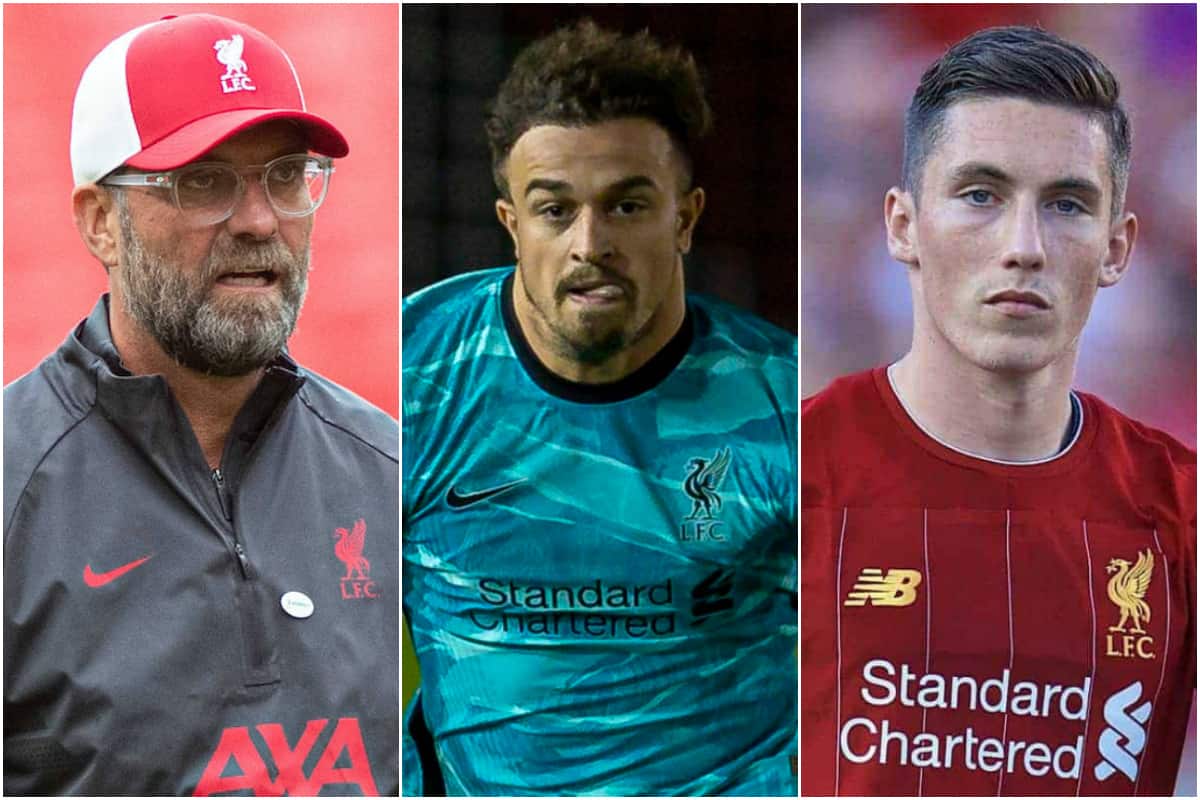 International week, is it? Must be a good time for stupid news, stupid decisions and all manner of positive things, surely…

Pitaluga in, Wilson to depart?

Liverpool’s Champions League squad lists have been submitted, with 24 of the 25 available places taken up.

No great surprises with the names on List A, which includes Harvey Elliott as he hasn’t been at the club two years yet to qualify for List B, which has the likes of Curtis Jones on.

But one name is absent: Harry Wilson.

It seems the Welsh winger is set for a loan to the Championship before October 16, as there was room enough for him as a homegrown player to be in our European squad.

That’s quite the step down for a player who was in the top flight last year and touted as a £20m sale this summer.

While he may disappear, one new face has been confirmed in the squad with goalkeeper Marcelo Pitaluga having joined.

Here you can see the lengths the Reds went to in ensuring he’s the right profile for the club.

Shaq back after Covid re-test

No two weeks in isolation for our Swiss winger!

He picked up a positive coronavirus test result after joining up with the international side, but it turns out to be a false positive.

A retest leaves him eligible to play, however, as the antibodies appear to have related to a previous infection and he’s entirely corona-free.

He could therefore be in Klopp’s plans for the derby after the international break.

We’ve had the boss to ourselves for five years! Great trophy return in that time, too!

Jack Wilshere, 5 October: “I’m still ambitious, still can play at the top, still fit and ready to prove myself at the highest level.”

Put simply, the most important appointment the Reds have made in decades, he has transformed the club on and off your pitch.

Delivered the league title, which was EVERYTHING. Legend.

Nobody wanted to buy Wilf Zaha even with his public pleas to be taken away from the likes of Roy Hodgon and the James McArthur/ys. The Athletic investigate why and how.

And especially for a roundup reader who questioned the absence of Northern Ireland-related footnotes down in these final sections, here’s a tremendous chat with Ian Baraclough, on the Coaches’ Voice, about his progression as a coach and manager.

England vs Wales! Maybe not. Out of the qualifiers, likely the best of the action will be seen in Norway vs Serbia. 7:45pm KO.