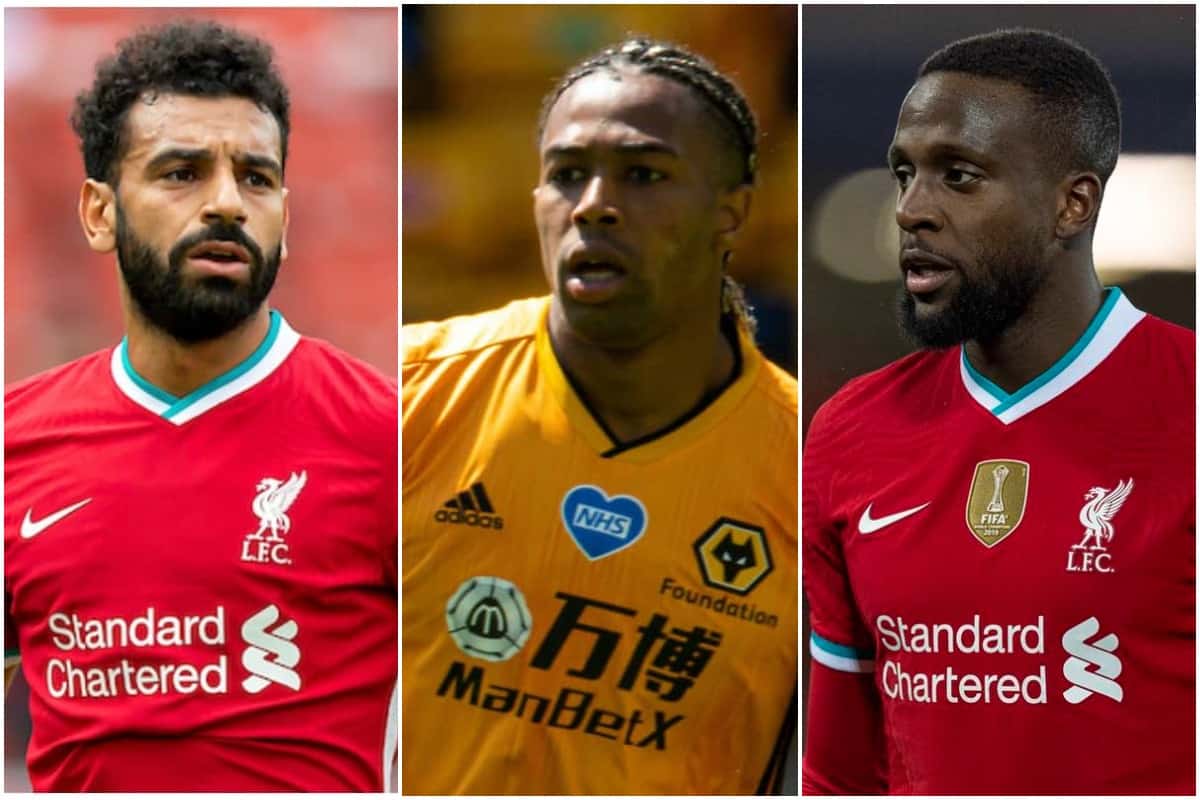 Liverpool are preparing for a big, albeit tough, game against Burnley – but we’ve also got a load of transfer news and build-up talk for you.

Renegotiations not on the menu

A few recent reports have suggested that the likes of Salah, Fabinho or others might either be in line for new contracts, or else at least want one.

It isn’t happening right now, though.

Multiple reports today say that while reviews are ongoing, no terms have been outlayed to player and there aren’t plans to do so any time soon, as the pandemic continues to impact finances.

A large batch of first-team players have contracts due for renewal in the summer of 2023, including the captain, our centre-forward, our No. 10, our top scorer and our best centre-backs, both from the realms of “currently fit” and “in the world”.

Lots of planning to do, but nothing imminent.

Divock Origi‘s future remains subject to plenty of speculation, though the Bundesliga has largely taken centre stage when it comes to the rumours.

Aside from Wolves and Belgium in general, both links which have since been debunked, every club seems to have come from Germany’s top flight when linked with the striker – and he spent time there on loan, of course, earlier in his Reds career.

However, it’s a bit of a step-up this time from struggling Schalke: RB Leipzig are the contenders to land him, say Sport BILD.

They claim Julian Nagelsmann wants to add a forward to keep the momentum going in the title race and they could strike a “lightning deal” for a loan player, whatever that is. Presumably a half-season loan on short notice?!

Origi has played a sub role of late for Klopp, but it seems unlikely we’ll let him leave unless on a permanent deal.

The Clarets are decent in defence. We cannot go a fourth league game without a goal!

Contract negotiations 101: when club aren’t offering the megasalary you want, link yourself to Liverpool, Spurs and United.

Trent’s crossing output for #LFC has dipped. We’re halfway, but his volume isn’t at 50% of last season’s. The locations have shifted too: It’s now roughly 1 in 7 from deep, whereas last season it was 1 in 4#AskVizAnything | @Twenty3sport https://t.co/1SmV8Pf2M5 pic.twitter.com/HX9dxwNqAJ

Fulham vs United at 8.15 for the domestics. Leipzig vs Union at 7:30 for the fun footy.