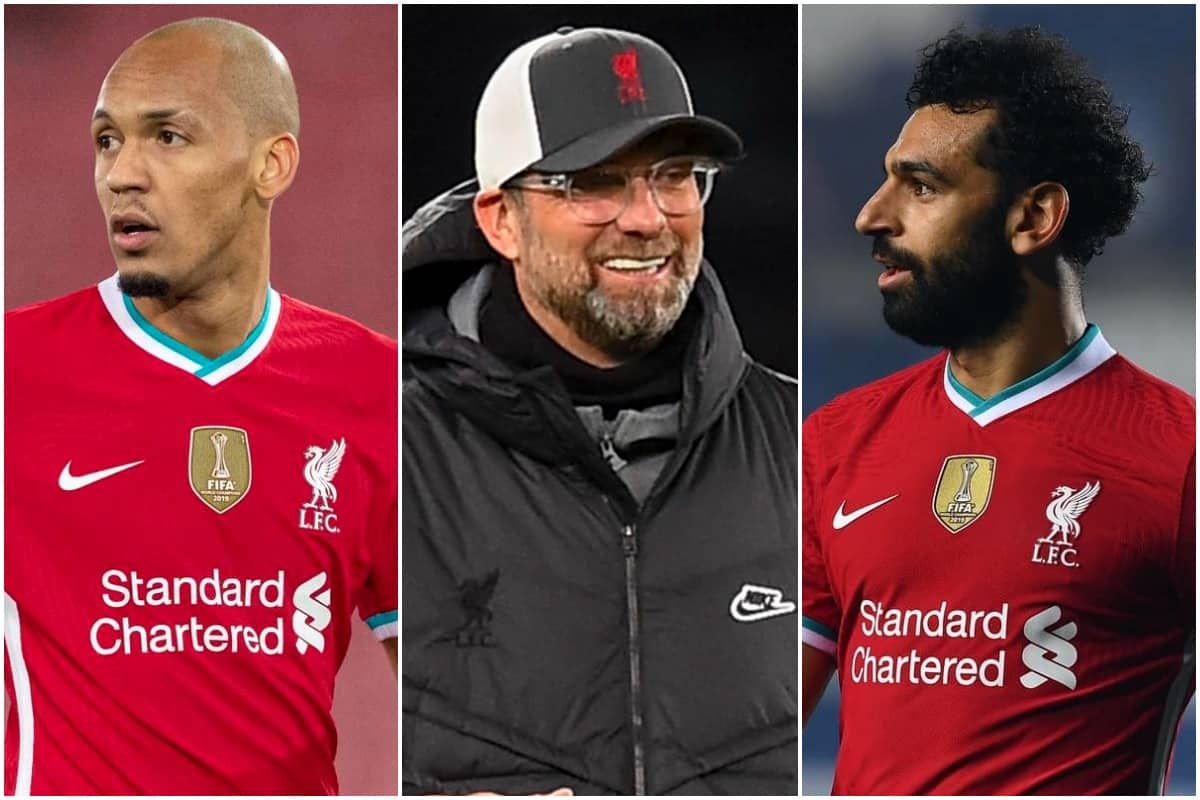 Liverpool face Everton in the Merseyside derby tomorrow, don’t you know? Good job we haven’t got too many faces out, isn’t it…

We’re already signing Sarr, Raphinha and Mbappe, so might as well add one more to the mix in attack, right?

The Reds are “willing to bid” for Sevilla’s wide forward Lucas Ocampos in the summer, says Spanish outlet La Razon.

An Argentina international, Ocampos is – to be fair – absolutely ******* brilliant: fast, strong, an absolute animal in one-v-one situations and a much more consistent player over the past two seasons.

He has a €65m release clause, though we’re not likely to go that high – and with Sevilla supposedly keen on Takumi Minamino, there could be a swap deal to be done.

Minor detail: he usually plays right side of their three, where a certain Mo Salah currently resides.

No Fabinho, Naby back, others en route

Liverpool have embarked on a one-game win streak recently.

Everton haven’t won at Anfield in over 20 years.

Still, we will have to field a team of fully fit (at kick-off, anyway) players to get the three points here – so there’s a boost with Naby Keita ready to go once again and we could see him on the bench after a long absence.

However, Jurgen Klopp says Fabinho isn’t yet in training, so he won’t be featuring against the blues. Milner and Jota are working their way back, but not close yet.

Elsewhere, Gomez and Van Dijk have finally teamed up together once more…albeit in rehab work, rather than on the pitch.

And lower down the food chain, Paul Glatzel is finally ready to put his injury nightmare behind him after returning from ankle ligament damage.

The boss and the build-up

There’s only one person we want to hear from in the lead-up to the derby: Liverpool’s title-winning manager Jurgen Klopp.

Funny rumour of the day

James Rodriguez has had enough of Everton and wants out already. Probably not true, but still highlights the standing of the small side in the city!

Not quite Mbappe vs Pique, but thought Sadio Mané was really good in these situations against Leipzig ???? pic.twitter.com/zZ0mFmwG7x

Fun watching will come from Cagliari vs Torino in Serie A at 7:45. If big(ger) names are more your thing, watch Lyon’s young guns attempt to trounce Brest in Ligue 1 at 8.