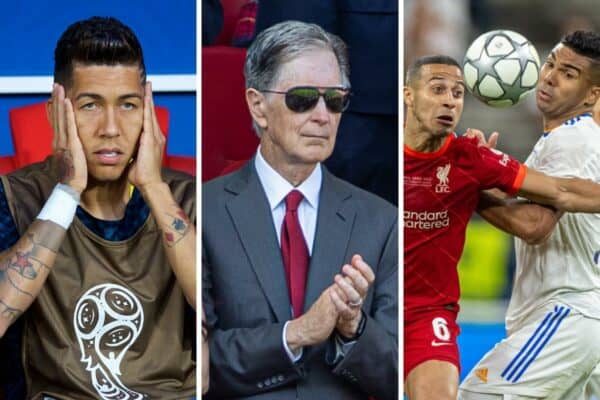 Liverpool may have won at Tottenham on Sunday, but Monday saw news of the last 16 Champions League draw come second to the revelation that FSG are inviting offers for the sale of the club.

Liverpool FC up for sale?!

It’s been a huge day in the world of Liverpool FC, with news breaking that owners Fenway Sports Group are now inviting offers for the sale of the club.

The Athletic‘s David Ornstein was the first to report the news, stating: “a full sales presentation has been produced for interested parties,” and financial companies “Goldman Sachs and Morgan Stanley have been retained to assist with the process.”

The wording in a statement from FSG indicates third-party investment and appears a response to the report itself, which suggests a full sale is possible.

Later in the day, Boston Globe, owned by John Henry, stated FSG are “trying to gauge if it is better to attract new investors…or simply sell it.”

Adding: “The team has engaged banking powers Morgan Stanley and Goldman Sachs to explore what the appetite is for a partial or controlling share of the historic soccer club in the global marketplace.”

It will have come as a shock but the timing makes sense considering the current financial landscape, the club’s valuation and the awareness of what is now needed to compete.

The news has left fans in different camps, some feeling it is “right time for FSG to move on” and others saying to be “careful what you wish for” – where do you sit?

This is monumental news but it does beg the question of the type of buyer Liverpool will attract.

Tweet of the day and early eyes on Real

Julian Ward on his way back from his lunch break pic.twitter.com/R9qXAgtWVf

If you want an early look at how Real Madrid are getting on, they meet Rayo Vallecano in LaLiga tonight (8pm UK) – it’s second vs. ninth in the table.