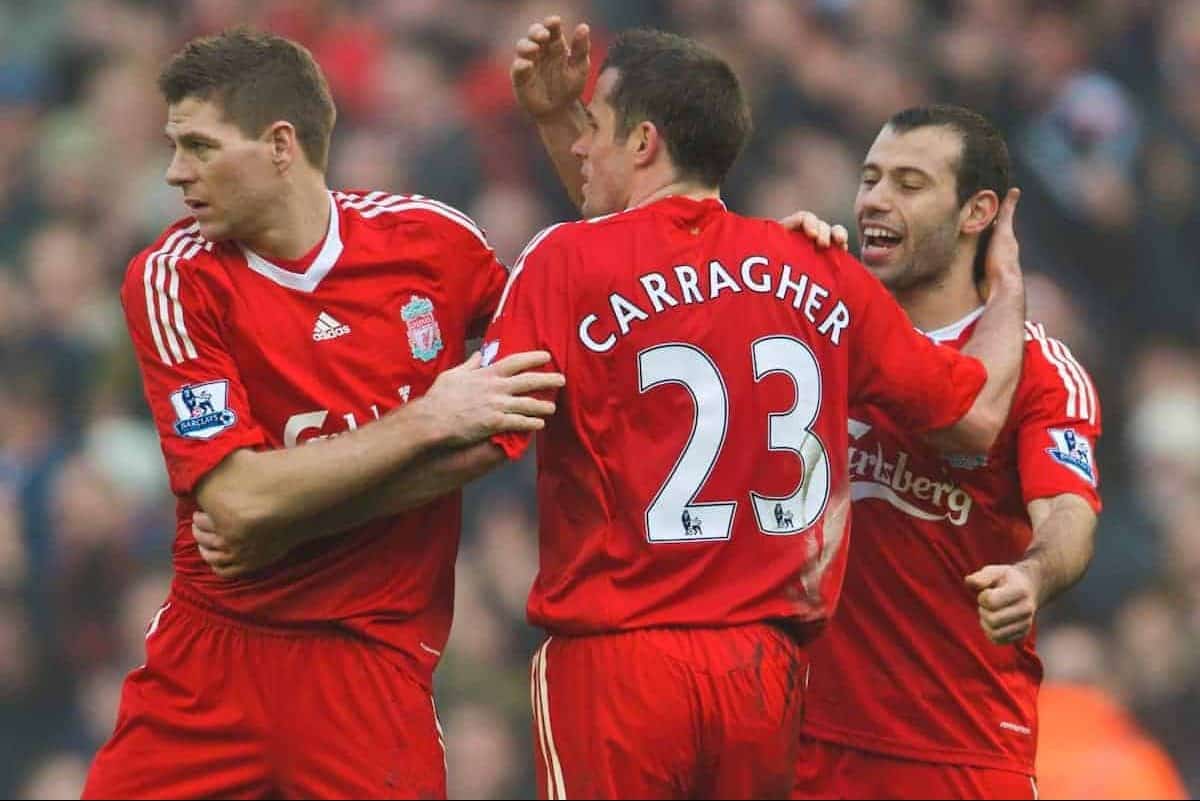 Liverpool have had many constants in their time in the Premier League, with some legendary figures, but can you name the club’s top 50 appearance-makers since 1992?

The Reds have been a prominent feature in the current English top flight since its inception, when Sky’s game-changing influence on football began.

A title has so far eluded the club—though a first in 30 years is not far off—while fortunes have been varied, with Liverpool going from the brink of administration to rise to the domestic pinnacle.

Since the Premier League began, 229 different players have featured for the Reds with 12 making a sole appearance—including the likes of Conor Coady, Stephen Darby…and Istvan Kozma—while 90 have reached at least a half-century.

Forty-eight players have made over 100 appearances, with those taking the last two spots in the top 50 tallying 95 and 94 respectively.

So can you name the entire top 50? By definition, most are familiar faces, but many may have been forgotten over the years.