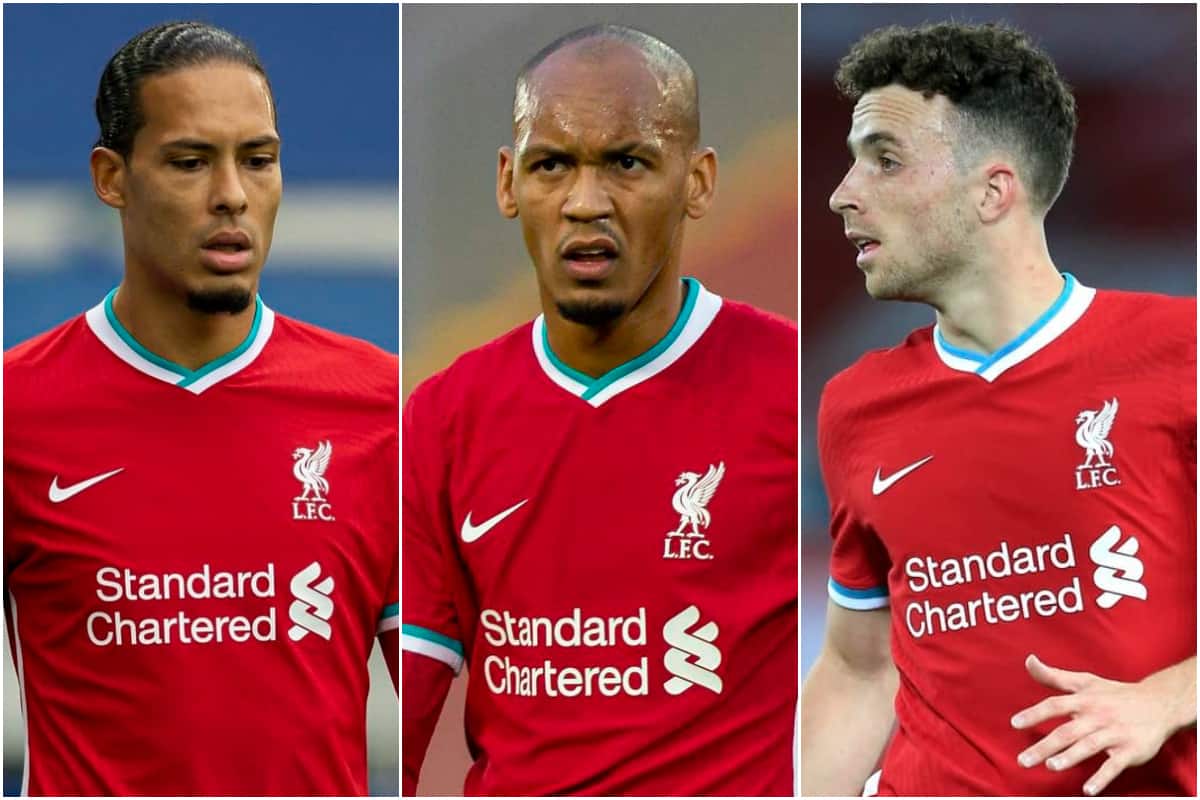 Liverpool are preparing for a home match with West Ham, while Jurgen Klopp has issued plenty of injury updates today, too.

Big Virg will be out for a while, but our No. 4 will start his rehabilitation soon after everything went according to plan with his knee operation.

Van Dijk had his op in London this week and it was “conducted successfully”, meaning he’ll now focus on the long road back to movement, strength and finally playing.

No timescale is being placed on his recovery and it could be anything from six months upwards, depending on whether there has been any other damage to ligaments which has not been publicly disclosed.

Meanwhile, Alisson has spoken out against Jordan Pickford for the challenge which caused the injury, saying as a fellow goalkeeper he doesn’t agree with the action taken by the Everton man.

Jota’s highlights and desire for more

The Reds’ newest member of the forward line has started the season well, scoring a couple of important goals – including last time out in the league in the comeback win over Sheffield United.

His highlight so far, as he told the club website, was his first goal – an important moment for any forward after signing for a new team.

He also notes that he’s still adapting to new team-mates and demands, with the quality of the Liverpool players a huge step up to what he has been used to on a daily basis – and he’s trying to make sure his pressing game helps him fit in.

“That’s a massive difference; the quality every single player has at this club. When we do rondos, possession or finishing, everybody has immense quality. I think that is the characteristic of Liverpool, so everyone is ready to make a difference.

“I also understand [Lijnders calling him a ‘pressing monster’] like a message to me because I knew that this [pressing] is a characteristic of Liverpool’s game. I always try to see it like messages that we need to understand and to put onto the playing field.”

Klopp will now be finalising his team selection for the West Ham game on Saturday night as the Reds look to keep this remarkable Anfield record going.

Stupid comparison of the day

Presumably that will only happen after United decide on their “Hansi Flick” and get rid of their current “Niko Kovac.”

“Solskjær has finally found the right balance” – 15th in the table
“Guardiola finally got his side to click” – 13th
“Crisis” at Liverpool – 2nd https://t.co/73R8BEJ4rs

Diego Maradona has turned 60 and BBC Sport take a look at the legend’s life and very distinct character.

And for the Independent, Tony Evans explores how the “misguided” PPV plan has actually brought football communities together.

Wolves vs Palace or Schalke vs Stuttgart. The first should be decent, the second might be crazy.